While I did not see any turkey’s on this Pilgrimage it was one that I will remember for a lifetime.  If you were from any other state than Illinois at the annual SHRM Leadership Conference in National Harbor, MD last week you would have seen the sea of red shirts and thought it was a “wow-look at the masses that made the trip (Pilgrimage) from half way across the country too.  Again this year (3rd in a row) all attendees from the ILSHRM board and chapter board members were offered a red shirt to wear for two reason: 1) Take a group photo and 2) show our team/state spirit.  The latter was the more important of the two because no one felt alone.  They had others to turn to and felt included which is extremely important to me as a leader in this state.  In the “Strengths Finder” assessment one of my top five is “INCLUDER” and if this is the only legacy I leave for my time in a leadership role, I am ecstatic, because when I was a chapter leader, I had no idea what the State Council was let alone the massive amount of energy you feel at an event like #SHRMLead. 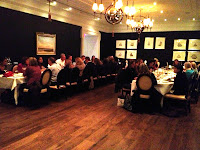 The red shirts, however, was not the thing that impressed me at all.  I was impressed by almost 40 individuals who gave up part of their week at work and with family to attend this event.  We had a little over 30 people who attended our now traditional Thursday night networking dinner.  Here we introduce ourselves because often we communicate across the state via email but never have a chance to meet people in person (F2F or IRL).  Have a to a name means all the difference and for some who commit to multi-year roles they will see each other again at this conference and hopefully the ILSHRM leadership conference in January.  Having attended this conference now for twelve years as a chapter then state council I have had the opportunity to bond and long term relationships with people all over state as well as the country and with SHRM staff.

While this pilgrimage was impressive, the most moving for me was the amount of representation Illinois had on Capitol Hill this year.  When I first started attending the SHRM A Team hill visits about five years ago, first at SHRM Leadership and at the annual SHRM Legislative Conference, we consistently had no more than a handful of visitors.  However, in the past few years the number of representatives has increased to the point that it put tears in my eyes as I looked around the room. 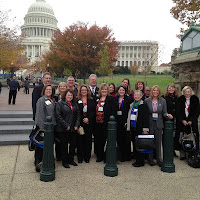 This is the time for Thanksgiving and while I am definitely looking forward to passing the gavel, I cannot tell you how deeply thankful and humble I am to have had the opportunity to serve such a dedicated group of individuals who put their profession at the forefront and #HaveAVoice for all those in our state.  It has been a fantastic honor and I know the future is in good hands with Cathy Plouzek and Connie Wolgemuth at the helm. 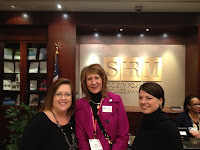 Happy Holidays to all and if you’re an HR pro in this great state, please join me in thanking those who attended this conference and the hill visit to make a difference for each of us on the job back home!  ILSHRM & SHRM Chapter Volunteers ROCK!