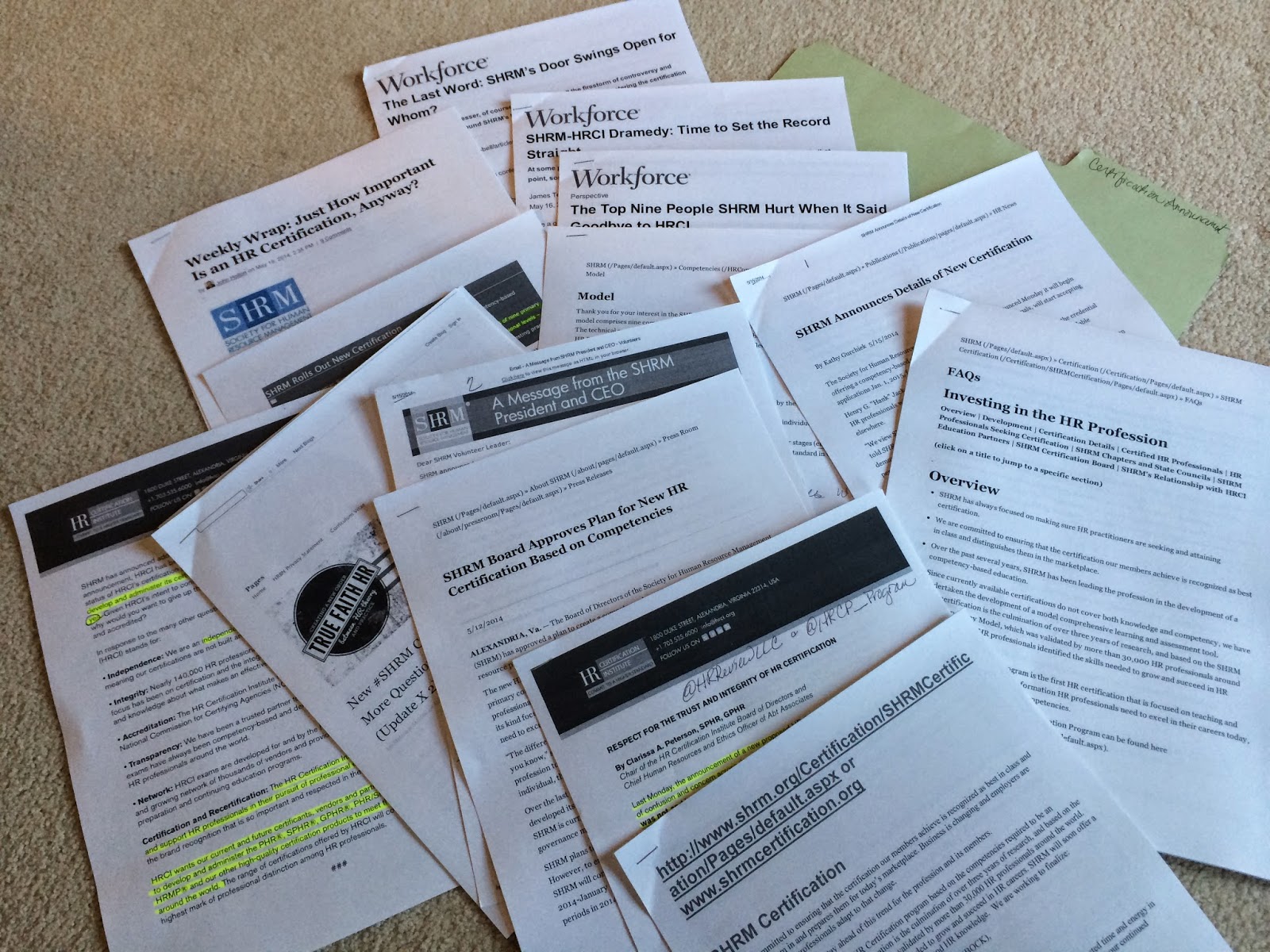 Are they really or is this a chance for improvement for both of them?  I tend to think yes!

Over the last week, I have participated in phone calls, read press releases, articles, and blog posts, as well as brief my local chapter members about the facts surrounding the SHRM Certification Announcement of May 12, 2014. During this time, I have stayed away from "as much as possible" communicating my personal opinions about the situation.  Now after all scheduled communications that I knew I would take part in have passed, it's time to let the cat out of the bag.  Well it's not as dramatic as all that but I do have a few opinions and suggestions to offer current and potential HRCI certificants regardless of your SHRM member status (because there are certificants who are not SHRM members).  My comments below are in no particular order.


So take the high road, stay positive, and keep smiling because that's all we can do when it comes to change.  It's always going to be there and with all change comes improvement.  Regardless of SHRM and HRCI board, management, and staff feelings today, this too shall pass and both organizations will become better.  I'm choosing to be optimistic.  Won't you join me?

For a list with links of articles, blog posts, and articles related to this announcement see my post from yesterday here: http://donnarogershr.blogspot.com/2014/05/more-consolidated-list-of-shrm.html
Posted by RogersHRConsult at 4:36 PM No comments: 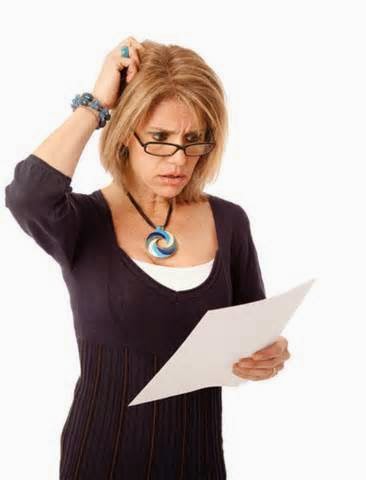 UPDATE 5/21: Added one more post and link below from Workforce.com not found last night when I originally wrote this post.

On the eve of my attempt to help our local CIC-SHRM members make sense of the news of last week at our bi-monthly meeting tomorrow, I did another search. Again, I will wait to comment fully about my own understanding and opinions until after I get a response from SHRM regarding a question I have that has yet to be addressed and I hear again from our regional MAC rep on a call I am scheduled to participate in on Thursday.

However, I do want to rescind and revise a comment I made in my earlier post. Last week I stated the following which is not entirely true: “The fact that the HRCI Executive Director did not receive advance notification leaves me a bit disappointed for a variety of reasons.” The HRCI Executive Director did know about SHRMs plans because she is part of the board where the topic was discussed. However, she did not know the communication would go out so fast and obviously did not have time to prepare current certificant’s as well as staff to handle questions.

I have separated the links to show those from SHRM, HRCI, and OTHERS separately.

In addition to doing a Google search on this topic you can go to a variety of LinkedIn groups where there is a great deal of conversation following these communications. The following lists of articles and links contain the most recent posts from this week first (under the appropriate header) then below them is a copy of the link from last week’s post starting with the words: “FROM LAST WEEK:”

FROM LAST WEEK: The initial announcement: http://www.shrm.org/Publications/HRNews/Pages/New-SHRM-Certification.aspx#sthash%2EzRgqnFv9%2EVVotHkbj%2Edpuf
FROM LAST WEEK: Sent to volunteers from SHRM: http://msg.shrm.org/site/MessageViewer?dlv_id=109043&em_id=104282.0

From HRCI
FAQ's
http://www.hrci.org/about-hrci/press-media/let's-be-clear
RESPECT FOR THE TRUST AND INTEGRITY OF HR CERTIFICATION http://www.hrci.org/docs/default-source/press-releases/respect-for-thetrust-and-integrity-of-hr-certification.pdf?sfvrsn=6

The Last Word: SHRM’s Door Swings Open for Whom? http://www.workforce.com/articles/print/20481-the-last-word-shrms-door-swings-open-for-whom

The Top Nine People SHRM Hurt When It Said Goodbye to HRCI... http://www.workforce.com/articles/20477-the-top-nine-people-shrm-hurt-when-it-said-goodbye-to-hrci 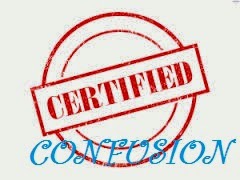 Here is a link to the Updated Post regarding this topic which consists of a full list of articles and links as of 5/21/14:  http://donnarogershr.blogspot.com/2014/05/more-consolidated-list-of-shrm.html

Needless to say, HR professionals all across the world are a bit confused this week by SHRM’s announcement of a competency based certification.  Personally, I believe, this confusion could have been prevented with a little more strategic planning and communication from those who made the decision to release this information.  The fact that the HRCI Executive Director did not receive advance notification leaves me a bit disappointed for a variety of reasons.  Mainly, because just last year I was among four other representatives from across the country who shared with the SHRM board that membership in general feels “their house is not in order”.  There is a lot that goes into that statement based on some research that we conducted from a volunteer sample of the members.  However, the bottom line is that the comment related to turnover, previous problems with transparency perception, and communication between the other two organizations so closely related to SHRM (the foundation and HRCI).  Just last month I attended a student SHRM conference where I heard from a fellow volunteer that they were on a newly created committee with members of all three organizations with the goal to improve communications.  Basically the idea which supported our recommendation was to consistently let the right hand known what the left hand is doing.  Unfortunately, this week’s announcement took the whole effort backwards in my humble opinion.

Yesterday, I was contacted by the president of my local chapter to help explain what is going on to the membership at next week’s general membership meeting.  They had a board meeting just after the announcement hit in boxes but before other communications came out from both SHRM and HRCI.  So needless to say, the board was at a loss to answer a multitude of questions that arose at the board meeting and from members.  Just after that I received an email from a local member and another today.  I am certainly no expert and I really don’t want to be misquoted or take a chance at being misunderstood by interpreting something that is still a little unclear in my own mind even after reading all I can about the subject.  So instead of clarifying for you, I have done a search for all communications I can locate up to this point about the topic so you can find them all in one place.  I am sure in the coming days, weeks, and months, more details will unfold.  Until that time, try to stay afloat in the muddy water as the rest of the 14k certified individuals, myself included, will do the same (not to mention those unsure about whether to move forward with certification which I am guessing is also in the thousands).

Here is what I have located so far (readers please add additional links in the comments section):

Various Posts Not from SHRM or HRCI


Posted by RogersHRConsult at 8:16 PM 3 comments: