Profanity in the Workplace

I ran across this post written by my good friend and fellow HR professional Kevin Epley, SHRM-SCP, SPHR and thought it would be an excellent guest post because I have ran into this problem in the past myself.

As a Human Resources professional have you ever found yourself doing battle with the problem of profanity in your workplace? In my industry, Automotive Retail Sales and Service, there seems to be a “good old boy” and “that’s the way it’s always been” culture that has allowed for profanity. It goes against our goals of culture change, continued diversity and renewed customer service strategies. Besides, it’s simply unpleasant. And, what does “profanity in the workplace” have to do legislative news? I’ll get to that.

Short of becoming the “profanity Nazi” (Seinfeld Soup Nazi episode) or HR as overly parental, I wrestle with the prevalence and the problems of profanity in our workplace. In researching for support, I’ve discovered it’s more common a problem than first thought. It doesn’t help that Millennials, and even younger workers, are increasingly tolerant of profanities presence. Or, perhaps, I’m becoming a “prude” in my advancing years?

So, I thought I’d share a few of the key takeaways I’ve discovered from this topic of Profanity in the Workplace. I’ll begin with NLRB’s role in profanity. It can be considered employee’s protected concerted activity, Hooter’s Restaurant court case. Or not, City of Portland 2013 case, on grounds of religion. The hard and fast rule, of which there are few, profanity may not be in violation of EEO guidelines explicitly related to profanity of a religious, racial, ethnic, and gender-based nature. Companies should also have a zero-tolerance policy for language regarding sexual acts. Stop the “F-bombs”! Another hard and fast rule, one in which many employees have found themselves in disciplinary hot water.

So, what is an employer to do, ignore or develop policy that can lead to their own F-bomb, “Firing”? Policy should consider the type of industry, culture and amount of direct customer contact. Evaluate the context of the profanity. Was it a rare outburst resulting from an unusual negative work outcome? Or, was it part of an ongoing, sustained feud between employees that became intimidating, hostile and could result in a charge of workplace harassment, or violence? Put policy in writing. Be concise, specific and clear about expectations and outcomes from your employees. Train supervisors and managers in handling the subject of profanity. As always, run policy and enforcement issues by company legal to be sure you’re on solid legal footing.

I’ll leave you with a few eye-opening statistics I stumbled upon that help me better understand why profanity may be better left at home, in the car, or fall silent. A recent CareerBuilder survey discovered;

It should be noted that there are some that believe profanity in the workplace is a positive thing. Adam Connors, partner at Spire Search Partners in Hoboken, N.J., disagrees-- he says that swearing in the workplace can actually be a positive or neutral thing, depending on the context. “Profanity, by itself, is not going to keep someone from the promotion they deserve,” says Mr. Connors.

“After all, the Mythbusters confirmed that swearing helps you to tolerate pain. So, no getting mad at people when they smash their finger with a hammer and let bad words fly.” Nonetheless, I’ve never found profanity to be a positive thing.
Posted by RogersHRConsult at 10:57 AM 1 comment: Links to this post

I admit, adding #Blogger to any of my online profiles looks like an untruth especially, if you look at the gaps this past couple years with my blogging efforts.  However, I plan to do better going forward starting with this blog I intended to write in August just before I spoke to the Women Entrepreneurs of Central Illinois (WE-CE) at Engrained Brewery Company on Lincolnshire Boulevard here in Springfield, IL.  While it was a fantastic turnout and I delivered my top five HOT HR issues list, I have since had the opportunity to learn more from the following work prep and attendance at various events: 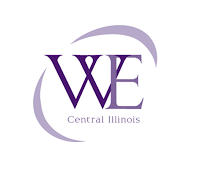 So it's been a full couple of months of HR intake as you can see with not much time for recording.  Here goes the list I shared at the WE meeting with some additional information learned since then.
Thanks for reading, feel free to comment, and I hope to post again sooner than later this time around!

Posted by RogersHRConsult at 4:10 PM No comments: Links to this post

The DOL has published the long awaited overtime rule and it's effective date is December 1st of this year.  Read more here: https://www.dol.gov/featured/overtime
Posted by RogersHRConsult at 5:43 AM No comments: Links to this post

Email ThisBlogThis!Share to TwitterShare to FacebookShare to Pinterest
Labels: Department of Labor, DOL

10 Tips for Managing Conflict at Work or Home

In honor of the GFWC ILLINOIS annual conference at the President Lincoln Hotel here in Springfield, IL today and tomorrow, I thought I would put my suggestions in writing for future reference. I am honored to be asked to speak on Conflict although like most it's not my favorite subject. Nor am I an expert as I have my own unresolved conflict currently brewing that I should take my own advice on. However, in human resources you often have to be a mediator of conflict between coworkers and manager/employee disagreements. 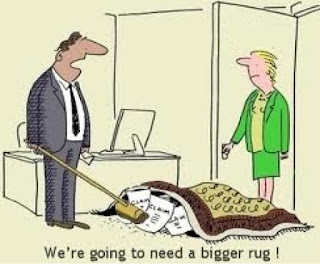 So unless you are the king of conflict denial or the queen of pushing conflict under the rug, you may have a desire to fix your conflict situation at the earliest possible time. If not you should. Life is too short to live with conflict. If you don't have a desire to resolve, then get ready for the big explosion that is bound to happen sooner or later. You can be sure someone will get hurt post explosion because things are almost always said that is not meant the way it comes out or is taken.

Some studies say we are about 75% responsible for how others treat us. If the emotion is negative then most likely some of that responsibility is in your reaction to the situation. If you are a person who tends to allow others to treat you in a way that causes inward or outward conflict, it may be time to put them in their place and make them think twice about doing it again. Of course I don't mean to do this in a negative way because what does that do? It feeds the fire and causes more conflict. So here is a quick list of suggestions I recommend based on my own experience, education, and practice resolving conflict.

Even if these suggestion are just reminders of what you already know, I hope it's a good refresher and can help maintain a relationship that may be on the verge of being broken.  Remember, life is too short to carry conflict for long.  Take responsibility now and move forward.  I have lost several loved one's (mom, dad, and brother to name a few) in my life recently who I wish I had hugged one more time than I had fought with them.  Don't have regrets and make a difference in your life and others.
Posted by RogersHRConsult at 11:12 AM No comments: Links to this post

Well, it's time once again for reflection, documentation, and most importantly improvement.  I have personally had quite a hectic year.  Actually, it's been a couple hectic years with the loss of three of my four family members of origin (dad, brother, and now mom).  My second brother and I are the only one's who are left in the family and we have certainly taken a big hit as the last two were sudden and unexpected.  As a result, my available time for blogging has really taken a hit going from an average of 28 posts since my first full year of blogging in 2011 to 15 and 12 the last two years.  I don't expect this coming year to be any better because my brothers trial should be coming up soon depending on grand jury decision in March.  He was pushed off the road by what we suspect to be a drunk driver.  Later this month on February 27th will be one year since the incident and the person has yet to be arrested or charged.

So getting back to business the first post was a short announcement called Going Live about my 2/2/15 Drive Thru HR blog talk radio show interview.  The idea was to invite my co-speaker Dave Ryan onto the show with me to talk about HR Department of one which was the topic of our upcoming (at the time) SHRM presentation.  However, I really was disappointed at how that talk turned out.  I would not recommend that interview as a good listen because it just didn't flow well nor talk much about the intended topic.

Then of course my annual blogging summary called 2014 A Year In Review followed by a post inspired by a client who had an employee banned from delivering to a client due to a lack of emathy towards one of that customers employees called Employer Mandated Training.  Then I took a few months off to deal with my brothers death.  Upon my return I posted a short post "Blogging: It's Been A While" about upcoming speaking engagements with Dave one HRDeptof1 in Missouri and SHRM15.

Over the summer I hit the blog once a month (or at least someone did).

In September, I had the honor of being interviewed by WTAX radio morning show about the State of the Union Membership in Illinois.  Since I did some research for the show, I didn't want what I had learned to not be shared in other ways so I blogged about the findings. The radio show summary story was Professor: Unions Strong in Illinois But Costly. This interview can be found on Focus 9/13 podcast as well. Start on 15:08 to 21:15 as there are other interviews on this podcast in addition to my interview.

The later September post was dedicated to a good friend of mine, Steve Browne who had just finished two years on the SHRM Membership Council which I too served on the year prior to him. He was running for the SHRM Board and did end up getting elected which was the focus and call to action of my post.

The last two posts of the year were actually links to personal pieces I wrote on the multi-contributor site I have been writing for since 2010 Women of HR. The first was directed at management for them to get a perspective of what it is like for employee's who only have a minimal amount of berevement leave called Beareavement Leave FAILS When It Comes to Flexibility.  It was a very personal journey of what I experienced after the tragic death of my brother whom I mentioned earlier in this post.  Finally, the last blog post of the year was written as I prepared for an ucoming (at the time) talk for Association for Women In Communications about Getting What You Want In the Workplace.  My advice to this room full of women amounted to five steps that evolved from years of experience:
The post actually referred to several of my past writings such as: The Perfect 10, Credibility Goes Beyond Your Credentials, Bride to Be = Discouraged Employee and Is "She" Really a "BITCH" in the Workplace.